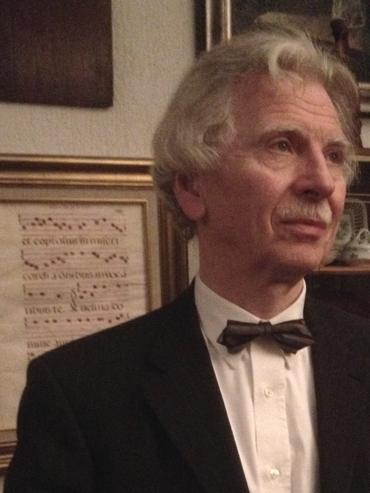 John Slangen chose relatively late for music. At the age of 17, he took regular piano lessons.

After one year (' 72/' 73)-oriented preparation- he began in 1973 his studies: Theory of Music and in 1974 also Composition at the Maastricht Academy of Music, both subjects with Matty Niël.

In 1978 he completed his Theory training and was subsequently appointed lecturer of theoretical subjects (harmony, counterpoint and analysis) at the Maastricht Academy of Music.

In 1980 he obtained the Prize for Composition with which its composition training ended.

He is a founding member of the Foundation Limburg Composers (1987).

Since 2003 he is staff member of Maastricht Academy of Music in function as Head of the Classical Department (he remains professor Composition, Music Theory).

From 2004 to 2008 he was a member of the ‘Kenniskring’ (knowledge group) of the ‘Lectoraat Autonomie en openbaarheid in de Kunsten’ (research group 'autonomy and public acces in the arts’) of Zuyd University' (studies on Bourdieu).

In 2015, he acts out all its functions at the Maastricht Academy of Music (retired).

Slangen, who entered in public as a composer in 1980, composed until this moment more than hundred (about 140) works, in particular chamber music and solo pieces, as well as pieces for orchestra and two operas.